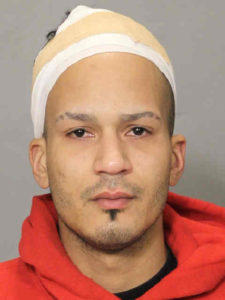 On Monday, authorities charged 29-year-old Kevin Cruz Soliveras of Evansdale with second-degree arson for his alleged role in the March 5th fire that gutted The Wishbone, a popular Waterloo eatery.

Authorities say video evidence shows Cruz and another man intentionally set the fire after breaking into the restaurant in an attempt to steal money. Police say Cruz is already serving time in the Black Hawk County Jail on charges connected to other recent area crimes, including the attempted robbery of an armored vehicle outside a Waterloo bank on March 11th.