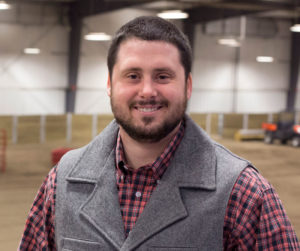 With coronavirus forcing the closings of the Tyson Foods pork plant at Columbus Junction and the Smithfield Foods plant in Sioux Falls, South Dakota, additional pressure is being placed on pork producers.

Lee Schulz is an agricultural economist with Iowa State University Extension and Outreach with a focus on livestock marketings. Due to the plant closings, Schulz says pork producers may see a drop in their prices. “A 1% decrease in capacity decreases hog prices by about 1.8% and that’s using the historical data,” Schulz says. “Obviously, we’re out of the historical realm, but if you look at roughly a 10% decline in that capacity, that’s about an 18% decrease in price.”

Schulz says the nation had already been operating above the processing level from a year ago, while cold storage has also been at a surplus. He says consumers may not see much change in the price of pork, however, grocery stores and butcher shops may not be featuring any specials on pork products heading into the spring, just to maintain supply.

“Retail pork prices have been really close to a year ago levels,” Schulz says. “We’ll expect to see that at retail, with maybe a little less featuring than we typically see in the spring when we’re ramping up to the summer grilling season.” Schulz says with many restaurants having been forced to close, that’s also impacting the pork demand.

“Product can’t be quickly diverted from food service into the retail market, and that’s really the kink in the supply chain,” Schulz says. “Really, the impact here is the slowdown in slaughter is going to have an impact on the availability at the retail level.”

Schulz says pork producers will soon find themselves without much capacity as they are forced to hang on to their hogs that are ready for market, while newborn piglets recently weaned will be coming to finishing barns with no space available.