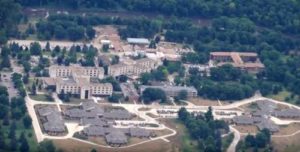 The largest long-term care facility in the state is the Iowa Veteran’s Home in Marshalltown.

It’s been over a month since the facility began putting procedures in place to protect its roughly 500 residents and 900 staff from COVID-19.

Commandant Timon Oujiri said each of the five buildings that house veterans are now staffed as if each was a separate nursing home and the residents and staff are assigned to that building only.

“We have this big Trojan horse that is outside the perimeter,” he says. “We cannot allow that Trojan horse to get inside these walls to IVH and the staff has done a terrific job.”

Oujiri says the physicians who make regular checks of residents are using telehealth technology, “on the computer with an iPad into the individual rooms and so they’re looking at them with that, so we have really cut down on the people going in and out of different rooms, etc.”

Even the food delivery personnel no longer enter those houses.

“The food cart is taken to the elevator by the dietary staff. We call upstairs. We tell them: ‘Your food cart is on the elevator.’ We tell him which elevator. The staff up there pull the food cart off, so nobody ever crosses the threshold type of thing,” Oujiri says. “Then, when that food cart is brought down, it is totally sanitized.”

Three employees of the Iowa Veterans Home tested positive for COVID-19. The commandant says all three of them will be able to return to work next week. Thirty-four residents have tested negative, with tests from two other residents pending.