You are here: Home / Agriculture / Planting season slowly getting underway 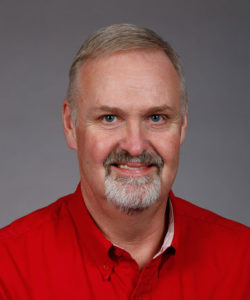 The U.S.D.A. crop report released Monday shows snow and rain have slowed the start of the planting season, but 2% of the projected corn crop has been planted.

Iowa State University Extension crops specialist Joel DeJong, says farmers in his northwest Iowa area are still mostly preparing fields for planting. “There was some work done before that Easter snow came through — a handful of planters were in the fields doing a little bit, making sure the planter was set, doing a few acres. Not very many did that,” DeJong says. “However, the manure and fertilizer got a good start. We are now as we dry out — we are seeing that again. WE’re seeing a lot of the prep work continuing.”

DeJong says the soil temperature has not yet consistently been at or above the 50 degrees needed for planting.
“We’re getting really close and if the forecast I see is right even with the rain and a little cooler temperatures in the weekend — the average daily temperature should still be around 50,” he says. “If the soil is set, I think we are going to see more and more people putting some seed into the ground as we move into the week.”

Wet weather kept farmers from planting for much longer than they would have liked last year. DeJong says things are drying out nicely now and that shouldn’t be an issue in most areas. “Even though there is a lot of water in the subsoil, the surface actually is drying out pretty well. And yeah, there’s still problem spots in fields, but I think it is looking a little better now than most times we had a chance to be out there last spring,” according to DeJong.

The corn planting progress at 2 % is one week behind the five-year average.