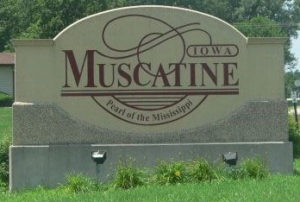 Coronavirus outbreaks at meatpacking plants are being felt throughout the state as many of the thousands of workers at facilities in Waterloo, Columbus Junction and Perry commute from other counties.

Muscatine County is seeing dozens of confirmed cases related to the Tyson plant in neighboring Louisa County. Muscatine Public Health Director Christy Roby Williams says the virus is taking a toll. “The grief is becoming unbearable,” Williams says. “It’s difficult for everybody that’s impacted. It’s difficult for the family and friends of the direct individuals, the health care providers, the communities, the public health department, employers.”

Governor Kim Reynolds says Muscatine County is slated to get a Test Iowa location, part of her recent push to expand testing in the state. Williams is urging residents to be mindful of their physical and mental health. “Some days we feel really strong, and other days we feel like we just can’t hold it together,” she says. Case numbers near Waterloo are expected to rise in the next few days, as Tyson finishes testing all of the workers at that facility.

Muscatine wants to help its small businesses survive the pandemic. The city council is setting aside $400,000 for forgivable loans. City spokesman Kevin Jenison says up to $2,500 will be offered to businesses with up to 25 employees.  “The process really started in conversations with small businesses in our downtown district who had tried to go through the federal government to get some of that CARE Act money,” Jenison says. “It didn’t really pan out for them but they still needed help.”

The money can be used for normal business expenses, such as rent, mortgages, inventory, and personnel. If the business is still operating in Muscatine at the end of the year, the loan will be forgiven. Jenison says the city will accept applications from May 1st through May 8th.