You are here: Home / Agriculture / Farmers seeing great field conditions as they plant corn and beans 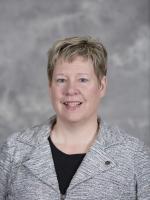 This spring planting season in Iowa started out much like last year, cold and wet, but conditions have improved significantly in recent weeks.

Angie Rieck-Hinz, a field agronomist with Iowa State University Extension and Outeach, monitors crop conditions in north central Iowa. “It’s such a turnaround from the last couple of springs,” she says. “People are still a little bit in shock about how good planting conditions have been over the course of the last two weeks and how much progress we’ve made planting corn and beans. People are in great shape.”

Rieck-Hinz says farmers were prepared to move quickly this spring — and they’re doing just that. “If conditions are good, say we plant about 13-million acres of corn in Iowa, we can knock out about 1.1- to 1.2-million acres planted statewide on a daily basis,” she says. “Our soil temperatures have stayed pretty steady in the low- to mid-50s, but the big thing that’s helped us is, it’s really kind of dried out.”

Rieck-Hinz says the spring weather is much more cooperative this year, but she still recommends growers who planted early check on the progress. “There were people planting corn around April 1st and around April 8th, it was still pretty cool back then and it was kind of wet back then,” she says. “I would go out as soon as that corn starts poking through the ground, and some of it has, do some stand counts and make sure your stand’s where you want it.”

When the new weekly crop report comes out, Rieck-Hinz says she expects to hear nearly all of the corn is in the ground and most of the soybeans.