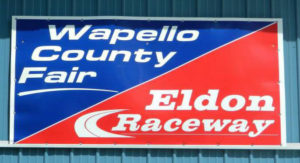 Officials with the Wapello County Fair announced the event’s cancellation this morning.

The fair was scheduled for June 17th through the 21st. Wapello County Fair President Jim Sloan said in a statement the fair board “unanimously supported” the directive passed down from the Wapello County supervisors who advised not to hold the fair. S

loan says the cancellation is “based upon concerns for the health of the public and all of our volunteers that would be involved in the 2020 fair and upon financial concerns and liabilities that could arise if our 2020 Wapello County Fair were to be held.” Wapello County held its first fair in 1868.

Other county fair boards must decide how to continue while COVID-19 is still a threat. Some counties have partially reopened, but large crowds are still banned. Tom Barnes, volunteer manager of the Mighty Howard County Fair, says they’re working on backup plans to judge livestock and other exhibits if the fair, opening June 23rd, is canceled. If it can continue, he says they need guidance on managing crowds.

Barnes says, “If we’re asked by the government or the health department to maintain some sort of surveillance as they come onto the grounds that’s quite a bit of work in a short period of time to get set up.” The Howard County fair is one of eight Iowa fairs scheduled to open in June. Barnes says they’ll decide what to do by mid-May.

The Linn County Fair is scheduled to kick off on June 24th and fair board member Jennifer Dunn says keeping people in the crowd at a safe distance would be difficult to manage. “I think we all understand that fairs won’t look like it did in 2019,” Dunn says. “I think we’ve all come to that realization of how things are.”

Dunn says the fair board is creating backup plans for everything from virtual livestock judging to remote grandstand events.
Dunn says, “Maybe there’s a truck and tractor pull but there’s nobody in the crowd and we just stream it virtually.”

Dunn says the Linn County fair will work with local health officials to decide how to move forward.