You are here: Home / Crime / Courts / Former Waterloo trucker accused in murders of three women in the 1990s 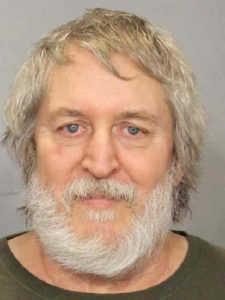 A Waterloo man was arrested Wednesday on out-of-state warrants, charging him with killing three women nearly 20 years ago.

Authorities accuse 58-year-old Clark Baldwin of murdering two women in Wyoming in 1992 and a third in Tennessee in 1991.

Investigators say they linked the former long-haul truck driver to the crimes after taking Baldwin’s DNA from his garbage and from a shopping cart he used at a Waterloo Walmart.

According to court records, the bodies of the three women — two of whom were pregnant — were all discovered either in a ditch or remote areas near interstate highways.

Baldwin is being held in the Black Hawk County Jail awaiting extradition to Wyoming, where he’ll be tried first.