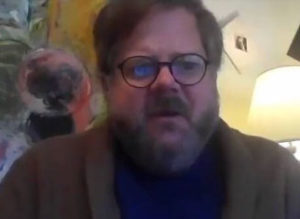 A group of Iowa labor and community organizers is calling for state and federal agencies to boost oversight of factories and meat packing plants.

Gayle Warner’s husband has worked at a Whirlpool factory in Amana for 30 years. During an online forum yesterday, she accused the Occupational Health and Safety Administration of failing to ensure the safety of her husband and his co-workers.

“I’m filled with anger and sorrow,” Warner said, as she cried. “Instead, I would like to be filled with hope and to get help from our leaders in government.”

Black Hawk County Supervisor Chris Schwartz said OSHA guidelines should be better enforced at places like Waterloo’s Tyson plant, as county officials say more than a thousand of the plant’s workers have tested positive for COVID-19 and the outbreak spread through the community.

“Things have quieted down a little bit,” he said, “but not enough to the point that we should be relaxing all these measures that the governor did put in place and so we’re very worried about the very real possibility of a second surge, ’cause we’re not even through our first.”

Thirty residents of Black Hawk County have died of COVID-19. That’s nearly 10 percent of all the deaths recorded in Iowa. The League of Latin American Citizens is planning a protest Friday at the Tyson plant in Waterloo.