You are here: Home / News / Winnebago County Fair moving ahead for now 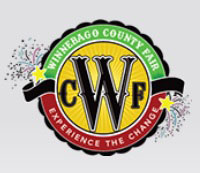 Dozens of county fairs across Iowa are still in limbo as restrictions due to the coronavirus pandemic are making planning close to impossible.

The Winnebago County Fair Board is moving ahead with plans to hold its four-day event in Thompson starting on July 16th. Fair board president Tom Thompson says nothing is set in stone yet. “We’re continuing to plan as if it’s going to happen and just keeping an eye on the situation,” Thompson says, “because there’s obviously a lot more questions than answers right now.”

One possibility that’s being considered is to hold a virtual showing of the static items. “That’s one of the options for showing that would be easier to do on home-ec, the static side,” Thompson says. “As far as livestock, we hope that we’re still able to do live, in-person shows.”

Thompson encourages all 4-H members and fair contestants to continue working on their projects and contest entries. Another issue is live entertainment, since the restrictions on gatherings have all but killed in-person concerts.  “We’re certainly looking at it like it’s going to be difficult to hold our entertainment as normal,” he says. “Obviously, we’re at ten people or less right now, so even if they loosen things up to 250, that’s still going to be tricky. We have to keep people spaced apart.”

Some county fairs are scheduled for mid- to late June, which means they have to make a decision soon. Thompson says they’ve set a deadline of June 1st as to what kind of a fair will be held, virtual or otherwise.