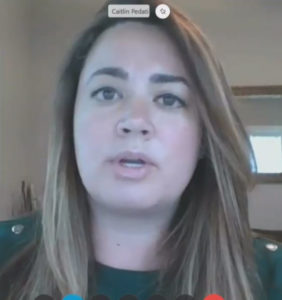 State officials say there are two cases in eastern Iowa of a rare illness among children that’s likely linked to COVID-19.

“This is something we’re following very closely in order to learn more about,” Dr. Catilin Pedati, the state medical director, said during the governor’s daily news conference.

Children in Iowa and elsewhere have made up a small number of reported cases of COVID-19.

“Thankfully, reports of children becoming seriously ill are very rare,” Pedati said. “However, late last week the Centers for Disease Control and Prevention shared a message alerting health providers and public health professionals to this new kind of inflammatory syndrome that seems to be associated with COVID-19.”

Symptoms include fever and inflammation throughout the body.

“Now, like with so many things with this response, this is an example of a place where we need to learn more,” Pedati said.

Iowa doctors and hospitals in Iowa are now required to report suspected cases to the state. Public health officials in New York have identified 100 cases of this new syndrome there and national media reports indicate three children in New York have died.