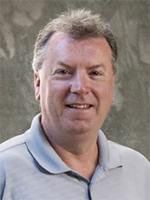 The U.S. Department of Agriculture has a mixed forecast for crops. The monthly World Agricultural Supply and Demand Estimates predicts farmers will have a good year for corn and soybean harvests, but prices are likely to drop as much as 10% for corn compared to last year.

Iowa State University ag economist Chad Hart says that could attract some new uses for the grain and oilseed crops. “As prices drop, suddenly you’re like, ‘Okay I didn’t use to use corn before in this, but I can, and corn is now inexpensive enough that it makes sense for me to do that,'” Hart says, “so you would see other uses pop up.”

Farmers will more likely use some of their quieter time in June and July to figure out whether it’s time to shake up what they grow in 2021. Hart says the report also looks for the global market to rebound following slowdowns due to COVID-19. Higher yields will offset lower prices, but Hart says the recovery should bring about some of the relief from trade tensions that economists anticipated.

“They’re looking for that strength to still be there, to return, as we reopen the economy,” Hart says, “as we get the global economy moving along.” He says farmers may be looking at some alternative crops for 2021, especially if this year brings them more unwelcome hurdles in corn and soybeans.