You are here: Home / News / Wait for reopening continues for casinos and amusement parks 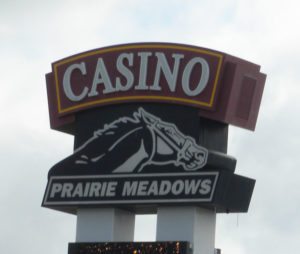 While Governor Kim Reynolds announced she is allowing many businesses to reopen early — the state’s casinos are still not on the list. Reynolds said Wednesday that the casinos have been working on plans to safely reopen.

“This is a discussion and a dialogue that they’re having and they have asked to have us connect them with the Department of Public Health, so together we can sit down and start to look at what that guidance looks like as start to maybe give them the opportunity to maybe begin to open back up,” Reynolds said.

The governor said amusement parks are following the same type of process. “They are also looking at ways and have reached (with) protocols and mitigation efforts that they have put in place — so that they can again open back up and do it in a safe and responsible manner,” according to Reynolds. The governor’s emergency proclamation putting coronavirus limits on casinos and amusement parks is set to expire at the end of this month.