You are here: Home / Crime / Courts / Davenport man charged with murdering his mother 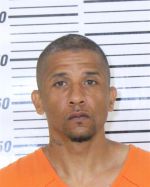 A Davenport man is under arrest after his mother was found dead early Thursday morning.

Davenport Police responded to a 911 call and found 59-year-old Victoria Watson unresponsive in the apartment she shared with her son. Watson was pronounced dead at the scene by a fire department crew.

Davenport Police say after an investigation, McKinsley Watson — the woman’s 36-year-old son — was arrested and charged with first-degree murder. State records indicate Watson was sentenced to prison three years ago on a felony conviction and has been on parole since July of 2018.