You are here: Home / News / Theaters trying to get ready to turn the projectors back on 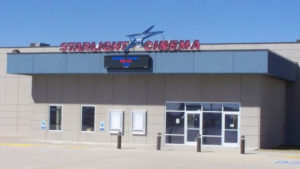 Iowa movie theaters are being allowed to reopen today, but many will have to wait a few more days or even weeks to get their staffs up to speed on new rules — and to get new movies in-house to show on the big screen.

Ben Thompson, co-owner of the Starlight Cinema in Independence, tells KCRG-TV it wasn’t easy to pull the curtain down and keep the doors locked the past two months.  “We have a lot of young kids that work here, high school kids, and this is their main source of income,” Thompson says, “so we feel bad for them when we have to say there’s nothing we can do.”

While theaters are being given the green light to reopen, they’ll only be able to allow half the previous number of patrons inside to abide by social distancing rules. Plus, he says new sanitation measures need to be put in place. “We’ve got to go through restocking all of our goods. We have to go through movie companies to find out what’s available to bring in and what movies there are out there we can get our hands-on,” Thompson says. “We need to be able to protect our staff, so we have to train them in all of the new ways of disinfecting.”

It’s still not clear exactly when the Starlight will be able to reopen, as it usually takes several days to order a movie to show, but Thompson says he’s ready to learn how his business will operate under this new normal. “Even if we’re not going to be 100% back to the way things were before, just the ability to open the doors and have people come through again,” Thompson says. “Obviously, a movie-going experience is something that you can’t replicate at home.”

In addition to theaters, many other Iowa businesses are being given the all-clear to reopen today, including museums, aquariums, zoos, and wedding venues.