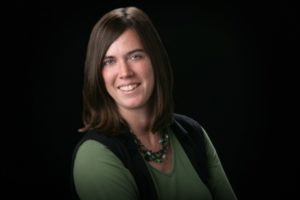 A new documentary series explores the consequences of unplanned pregnancies outside of marriage more than a century ago, and it features a true story from Iowa.

Colleen Bradford Krantz produced the series called, “Unintended: Unlocking a Nation’s Pregnancy Secrets.” Krantz says one case from 1913 involved a family from the northeast Iowa town of Hopkinton and an incident led to charges being filed.

“There was a trial in this story and it actually would’ve happened in Charles City but the old courthouse there was gone,” Krantz says. “Through a lot of searching online, we ended up discovering the old courthouse in Webster City and after taking a look at it, it was the perfect filming location for recreating this trial that happened.”

Krantz says she relied heavily on the local talent pool from the Hamilton County area in recreating what transpired at the courthouse.

“We worked with the community theater there to provide us with all the extras in the scenes,” she says. “So, we had them as the jury member and also as the courtroom audience members.”

In addition to supplying trained actors, the community theater was even able to provide those actors with period costumes, which Krantz says was a tremendous help.

The series is being released in stages on the platform Vimeo with more segments coming in June and July. Find a link through Krantz’ website: www.pinkspear.com.