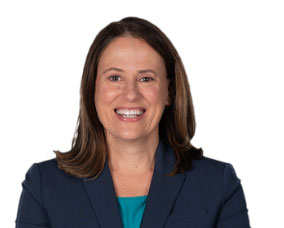 Theresa Greenfield of West Des Moines has captured the Democratic Party’s nomination for the U.S. Senate and will challenge Republican Senator Joni Ernst’s bid for a second term.

“There’s no doubt this will be a tough fight, but that’s never stopped me before,” Greenfield said tonight, “and it’s going to take all of us working together to build a strong grassroots team.”

Greenfield addressed supporters with a Facebook live speech, promising to be a “new voice” as the country grapples with consequential challenges.\

“This moment in Iowa and our country calls for new leadership,” Greenfield said, “leadership with compassion and integrity and grit that has defined Iowans for generations.”

Ernst released a video message to her supporters this evening.

Ernst did not mention her opponent’s name, but Greenfield used much of her primary victory speech to offer her critique of Ernst’s voting record, starting with Ernst’s opposition to the Affordable Care Act

“When it comes to our farmers, Senator Ernst voted for a fossil fuel lobbyist to run the EPA who prompted issues 85 RFS waivers,” Greenfield said. “I’ll fight to get our markets back and to protect our ethanol industry.”

Greenfield’s closest challenger was Michael Franken of Sioux City, a retired Navy Admiral who’s a native of Sioux County. He recorded a video message congratulating Greenfield on her victory, pledging his support and hinting he might run for office again.

“I stand before you now humbled, but with enduring faith in this great state, this great country and the value and the necessity of public service,” Franken said. “I relish what the next chapter brings.”

Franken said during a Facebook live conversation earlier in the evening that running for office convinced him the time has come for public financing of campaigns.

“And if we can’t do that as a nation, then I will go on record and say that we should have term limits,” Franken said.

Kimberly Graham, an attorney from Indianola, placed third in her first run for elected office. During an online event last night, some of Graham’s supporters urged her to run for governor.

“I’m sure there’s going to be a lot of people wanting that job and I don’t know,” Graham said. “People say this, but I truly don’t know what’s happening after tonight.”