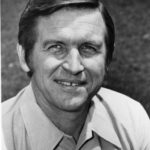 Former Iowa State head football coach Johnny Majors, the man responsible for turning around ISU football and leading it to its first-ever bowl game, has died. He was 85 years old.

“Johnny Majors is one of college football’s all-time greatest coaches,” Iowa State head coach Matt Campbell said. “Johnny came back every year and it was a pleasure for our players to get to know him and understand his legacy at Iowa State. He was one of the most important figures in Iowa State football history.”

At the age of 33, Majors was hired to take over the Iowa State football program prior to the 1968 season. Majors faced a giant rebuilding project, as the Cyclones were a combined 4-15-1 the two seasons prior to his arrival.

Majors improved the Cyclone recruiting efforts yearly in his tenure in Ames, and behind four All-Americans and many future NFL players, the Cyclones had the talent to compete in the rugged Big Eight Conference heading into the 1971 campaign.

Iowa State raced out to a 5-1 mark and ended the season at 8-3, securing a bid to the Sun Bowl, the school’s first-ever postseason appearance.
Led by All-American George Amundson, who rushed for a then-school-record 1,260 yards, the Cyclones scored 40 or more points five times during the year, including a 54-0 thrashing of Oklahoma State, the largest winning margin vs. a conference opponent in school history at the time.

In Majors’ final season in 1972, the Cyclones made it to their second-straight bowl game by participating in the Liberty Bowl, finishing the season with a 5-6-1 mark. One of the highlights of the season was a 23-23 tie vs. No. 3 Nebraska in Clyde Williams Field, ending the Cornhuskers’ 24-game winning streak vs. league opponents.

Majors announced his resignation following the Liberty Bowl contest vs. Georgia Tech to take over the head coaching duties at Pittsburgh.

Majors ended his five-year coaching tenure at Iowa State with a 24-30-1 record. He coached 12 Cyclones who earned first-team all-Big Eight honors, including Amundson, who was the Big Eight Player-of-the-Year in 1972 and the school’s highest NFL draft pick (No. 14 in 1973).