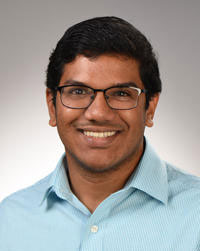 A study on electronic cigarettes done in part by a University of Iowa researcher finds vaping significantly increases the risk of dental disease.

U-I Professor Sukirth Ganesan says he was stunned by how quickly the use of e-cigarettes impacted good bacteria, leaving users’ mouths teeming with infection-causing organisms and at a substantial risk for ailments ranging from gum disease to cancer.

“All of these patients are using e-cigarettes for anywhere between three months, four months to a year,” Ganesan says. “Within a year of use, the e-cigarette vaping is messing up the oral bacteria, their functions and everything around.”

The study found those who vape had oral bacteria that resembled periodontitis, a gum infection that can lead to tooth loss and, left untreated, is a risk factor for heart and lung disease. “This is kind of alarming that these changes are happening within a year,” Ganesan says. “We have to follow up and see what happens to these people who are using e-cigarettes.”

When vaping first gained popularity seven or eight years ago, it promised to be a viable alternative that could help people quit smoking traditional tobacco cigarettes, but Ganesan says that’s clearly no longer the case. “I’ve had patients tell me, ‘Oh, doc, I’m using this vaping to try and quit smoking and it’s working great,’ and I’ll be like, ‘Fantastic, go for it,’ because we had no idea what it was doing,” Ganesan says. “Now, yeah, definitely not. Sometimes I feel bad that in 2012 and ’13, that I didn’t know and I would just say ‘yes’ if someone asked me because I didn’t know what was going on.”

Vaping continues to gain popularity in Iowa, especially among youth. An American Lung Association report last year found 16% of Iowa adults smoke cigarettes while about 5% vape, versus Iowa high schools where 4% of 11th graders smoke cigarettes and more than 22% vape. Ganesan’s research was published in the Journal of Science Advances.