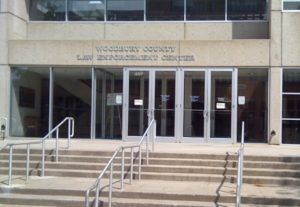 Three inmates at the Woodbury County Jail have tested positive for COVID-19.

Sheriff Dave Drew says the inmates were asymptomatic and were discovered in a routine test for inmates that were being sent back to the state prison system. They then decided to test everyone in the jail. The jail has around 145 inmates.

Chief Deputy Tony Wingert says they also screen new inmates when they come to the jail. “As new inmates come in, we have a protocol that they are isolated, the nurses are giving them questionnaires. They are having their temperature taken and if they show no signs after a couple of days they are moved into the general population,” he says.

Wingert says two jail staff members have also tested positive for COVID-19. One was two weeks ago and one ten days ago and both were also asymptomatic. The three inmates are in an isolation wing of the jail.