You are here: Home / News / Iowan raises money to fight racism with t-shirts 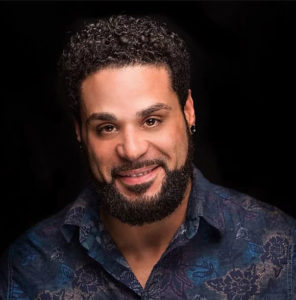 While protests in Iowa and nationwide are dividing many people along racial lines, a University of Iowa dance instructor is launching an effort to unite all sides under a common goal, while raising money for a Cedar Rapids museum.

L.D. Kidd says he wanted to carry a sign in last weekend’s racial justice rally in Iowa City that would reflect his particular racial make-up, which can’t be reported by checking just one box.

“I’m actually half black, half white and I wanted that in-between voice to be heard,” Kidd says. “I created a protest sign that said ‘50% Black, 50% White’ and then like an addition problem, I put ‘100% Over Racism.'”

He got immediate positive feedback from many people, and a friend who runs a t-shirt company offered to start printing the slogan on t-shirts. Within days, the motto has quickly evolved to include people who are 100% white or 100% black, while Kidd says he also heard from a friend whose children are partly of Asian descent.

“She said, ‘My daughters are 50% Korean and they love the shirt and would want to wear it but it doesn’t apply to them,'” Kidd says. “So, that’s where the ‘50% Person of Color, 50% White, 100% Over Racism’ shirt came about. That just sparked more ideas of being as inclusive as possible.” He says the goal of the movement is to find not just racial equality, but racial equity.

“The main thing with this shirt, I’m not making any profit off of it,” Kidd says. “During the month of June, all of the profit is going to the African American Museum of Iowa, and then in July, we’re going to pick another organization that is on the front lines, fighting for racial equity.”

Kidd says he hopes the shirts can help build momentum for people to “wear their truth.”