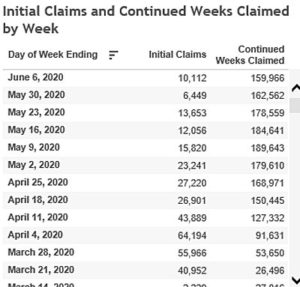 New unemployment claims went back up in the last week.

Iowa Workforce Development says there were 10,112 new claims in the last week. That’s an increase of almost 3,700 claims from the previous week when the claims had dropped by nearly 50 percent.

There was positive news in the continuing unemployment claims for last week. They dropped for the second straight week, this time by 5,600.