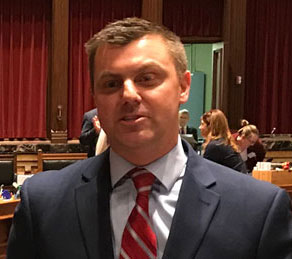 Senate Republicans have sent the governor a bill that will shield health care facilities, businesses and other organizations from most lawsuits over conditions related to COVID-19.

“We believe as long as these entities have used a good faith effort to keep up with the recommendations, the requirements of the government, that it’s important for us to get our economy back open,” Whitver said last Friday on Iowa PBS, “and what we’re hearing from Iowans is in order to do that, they needed some sort of assurance that if they’re following the rules, they’re not going to be hit with lawsuit after lawsuit.” 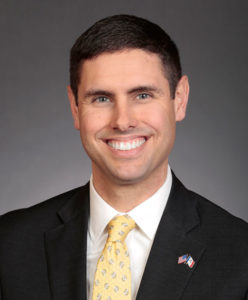 Democrats like Senator Nate Boulton of Des Moines say the move is a slap at essential workers, especially those who work at packing plants.

“I get as I walk into this chamber and I see I have colleagues that are wearing masks and some colleagues who aren’t wearing masks that there’s a difference in our opinions on how we respond to this, but separate from the opinions are the facts,” Boulton said during last night’s debate. “People are dying. They’re dying because they go to work in places that aren’t protecting them. Some are. Some aren’t.”

Senator Dan Zumbach, a Republican from Ryan, said the state’s meatpacking industry needs liability protection because no matter what is done inside the plant, workers who fall ill could be contracting the virus from their family and social networks during off-work hours.

Senator Jackie Smith, a Democrat from Sioux City, said due to the presence of meatpacking plants in her area, residents fearfully watched as COVID-19 outbreaks were reported at packing plants to the east, then weeks later Woodbury County became a hot spot.

“Those brown and black workers, Asian workers — people that don’t speak our language, they need us to protect them and if we don’t do it, I don’t see the company voluntarily doing it either,” Smith said last night. “If there is one issue that gets me hot, this is it.”

The Senate voted on the bill shortly before midnight. The bill won approval in the Iowa House late last Friday night and the governor is expected to sign it into law.