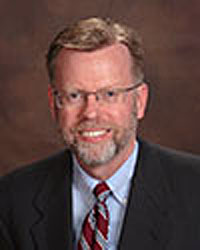 The director of the Iowa Department of Public Health is leaving his post at the end of next month.

During the pandemic, the agency’s deputy director, Sarah Reistter, appeared alongside Governor Kim Reynolds at the governor’s daily news conferences. Clabaugh made one appearance over the course of more than two months.