You are here: Home / Human Interest / Highway 20 getting more recognition 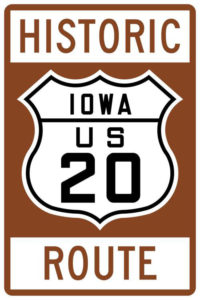 Woodbury County is joining the nationwide effort to install signs commemorating the history of Highway 20.

That route came through Iowa and was somewhat different from the now four-lane Highway 20 completed in 2018 that extends from Dubuque to Sioux City.

Gleiser says the cost to the county would be around $7,500. He says that is the cost of the labor to install and maintain the signs, and he will work to get some grant funding. Cushing, Correctionville, and Sioux City were on that original 1926 route. Lawton and Moville were not.

The county board of supervisors voted 4-0 to approve the sign project.