You are here: Home / Education / Some schools holding graduation ceremonies for Iowa’s Class of 2020 this month 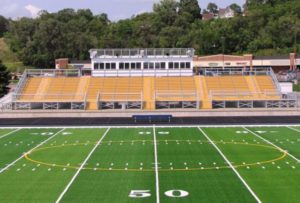 In southeast Iowa, the 2020 Rudd-Rockford-Marble Rock High School Graduation will be held on Friday in the high school gym.
“We’ve done everything we can to have the traditional ceremony,” says principal Nick Johnson. “We postponed until June 19th. We kind of have a plan together on what we’re going to do.”

In north-central Iowa, Algona Bishop Garrigan is planning an outdoor graduation ceremony for the Class of 2020 on the football field this Sunday. In Sioux City on June 27th, Bishop Heelan High School seniors will sit on the home bleachers of their football field — six feet apart.

John Flanery, president of the Sioux City’s Catholic schools, says parents and grandparents will be spread out on the football field.

“We will have hand sanitizer stations down there…We’ll put them in pockets of four to six chairs, so that they can come and socially distance,” Flanery says. “We’re sure some people will come with their masks.”

It’s the high school’s first outdoor graduation held since 1969, which was also at Memorial Field.

“We think that our families will be thrilled,” Flanery says. “We think holding off and doing this when we could do it appropriately and adequately to honor our senior class really was the right decision to make.”