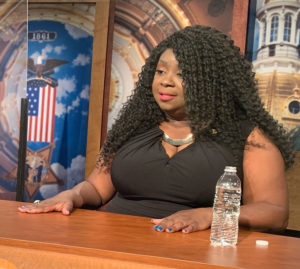 The president of the Iowa-Nebraska NAACP says her organization has been seeking action on a variety of racial justice issues for years, but Betty Andrews says getting the governor to issue an executive order that automatically restores felon voting rights for this year’s election is currently priority number one.

“Now is the time to do that type of a bold move,” Andrews says.

An anti-racial profiling law establishing a police advisory board and requiring the collection of data about traffic stops in Iowa is at the top of the NAACP’s agenda, too. Andrews says a new tool has given Americans insight into the black experience with law enforcement.

Izaah Knox, executive director of Urban Dreams in Des Moines, says the speed at which Iowa lawmakers passed a police reform bill this month shows the power of peaceful protests, but there’s more to accomplish.

“I think the visible representation of people protesting in the street has really created this quick change,” Knox says, “but we don’t want it to be too quick, right, because we just don’t want to be…saying we’re checking boxes and then we push this thing to the side.”

Local anti-racial profiling ordinances that create citizen review boards will and should look different, Knox says, depending on the area.

“It needs to be led with community input with community members,” Knox says, “to make sure that everyone feels comfortable with police oversight — how that looks in their own city or region.”

Knox and Andrews made their comments during an appearance on “Iowa Press” on Iowa PBS.