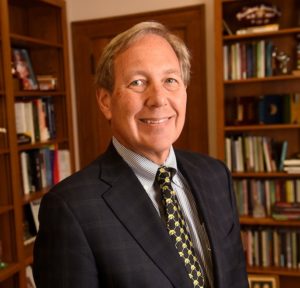 Contact tracers have been tracking down who else may have been exposed and directing them to self-isolate, too.

At an event Wednesday hosted by the Corridor Business Journal, UI President Bruce Harreld said even one positive player can sideline many more.

“One positive test turns into eight, to ten, or sometimes even more, in isolation,” Harreld says. “So the math of this is getting very interesting and it’s getting difficult.”

The university says it’s working with local public health officials to provide testing and contact tracing as thousands of students return to campus in August. Cases in Johnson County are rising.

The pandemic and ensuing economic crisis took a significant financial toll on UI Hospitals and Clinics. According to an estimate earlier this month, UI Health Care lost more than a 100-million dollars since March.

While the hospital has resumed elective surgeries, Harreld says operations are still not back up to full capacity.