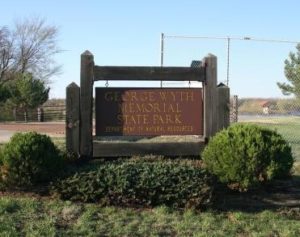 Anyone who made reservations to camp at George Wyth State Park in Waterloo this weekend is getting their money back from the Iowa Department of Natural Resources.

Heavy rainfall the past several days has caused flooding issues in the Cedar Valley and other locations along the Cedar River, forcing the popular park’s closure earlier this week.

The river crested overnight at about a foot-and-a-half above its 12-foot flood stage, but flood warnings for the Cedar have been extended through Friday morning at Waterloo and Saturday morning a few miles upstream at Cedar Falls.

DNR officials say George Wyth State Park will likely remain closed through Monday, but more heavy rainfall in the next few days could keep the gates a little longer.

The DNR says anyone with reservations affected by the park’s closure has been contacted and issued refunds.