You are here: Home / Crime / Courts / 25 years after she vanished, Jodi Huisentruit case is still active, still a mystery 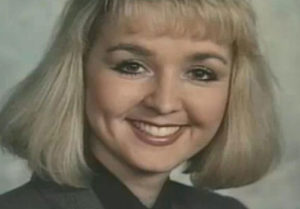 Saturday marks 25 years since the disappearance of Jodi Huisentruit. The former KIMT-TV anchorwoman was believed to have been abducted from the parking lot of her Mason City apartment complex early on the morning of June 27th, 1995. Her body was never found and the case remains unsolved.

Mason City Police Chief Jeff Brinkley says most people thought the mystery would have been solved by now.

Chief Brinkley says, “Our focus right now is still to make sure that we’re giving the case a periodic review and doing the things that we think are useful to that in terms of evaluating the evidence and some of those other things as time goes on.” Brinkley says information about the case continues to trickle in even 25 years later.

“We get calls and we pass those all through to the investigators and they follow up on those,” he says. “The specifics of those, I don’t have any comment on, but we do continue to get periodic calls with people who are trying to help us with the investigation.”

Brinkley says there continues to be one person from the police department actively assigned to the case. “We still have it assigned to an investigator full-time in their caseload, so as information comes in, as we have follow-up work we’re doing on the case, it is assigned to that investigator,” Brinkley says. “We have a DCI special agent that’s working with us as well on it. It does get regular review and regular follow-up.”

Chief Brinkley believes there are people they haven’t talked to yet that may have information that would be useful to the investigation. 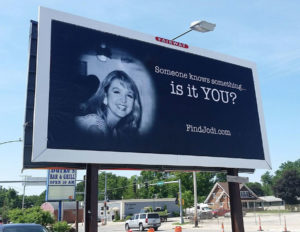 “As we look at this case, I get that people have different positions about what they might know about this and may have different levels of trust or distrust in the police, or a relationship that did or didn’t happen back then that made their decision harder,” the chief says. “I think that’s where we’re resting a little bit of our hope and our encouragement for people is that if they’ve held back for whatever reason, personal or other, now would be a good time for them to come forward, contact the Mason City Police Department, contact the Iowa Division of Criminal Investigation, and give us a chance to sit down with them, get that information, debrief them and kind of go from there.”

Brinkley encourages anyone who thinks they may have information about the case to contact the police department.

“Understand we’re in a different place in policing certainly today than we were 25 years ago,” he says. “Whatever might be holding them back, I would ask them to really think about that, consider that, and consider doing the right thing here for Jodi and her family, and helping us to work to continue to put this together.”

If you have any information regarding Huisentruit’s disappearance, you can call the Mason City Police Department at 641-421-3636. Organizers of the website FindJodi.com are asking people to leave a porch light on or light a candle the next few days in memory of Huisentruit.