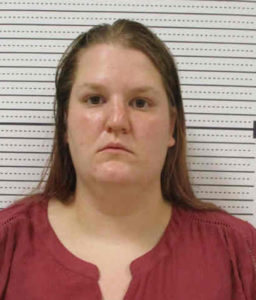 Nearly two years to the day after a Maynard teenager was killed in a northeast Iowa hit-and-run accident, Fayette County authorities have filed charges in the case.

Sheriff Marty Fisher says 26-year-old Kelli Jo Michael of Des Moines has been arrest on charges of homicide by vehicle-reckless driving and leaving the scene of a fatal accident. The charges against Michael are connected to the crash involving Kaiden Estling.

The 14-year-old was struck and killed while driving his moped on Iowa Highway 150 about two miles south of Fayette on June 28, 2018. In a press release announcing Michael’s arrest, Fisher did not give any details on what led to the charges being filed against her.

Cedar Valley Crime Stoppers had been offering a $6,500 reward for information in the case.

Michael is being held in the Fayette County Jail on a $50,000 cash only bond.