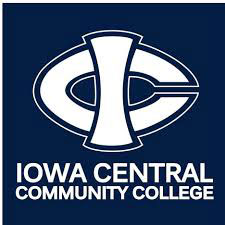 While some Iowa colleges are projecting fall enrollment will drop due to COVID-19, the president of Iowa Central Community College predicts a boost in students when classes resume in a few months.

Dan Kinney says he’s remaining optimistic that the choices being offered and the changes being made on the campuses will keep students safe and satisfied.

“If you have that student that still wants to do face-to-face, we’re going to have that,” Kinney says. “We’re going to continue to do a lot of virtual courses and online courses. If students don’t feel comfortable coming into a classroom environment, they’ll still have the opportunity to gain the knowledge they need and the classes they need to hit their attainable goals.”

The class schedule for Iowa Central will be shifted so they’ll either meet Monday-Wednesday or Tuesday-Thursday, keeping Fridays open for consultations. Kinney says, “On Fridays, we’ll be assigning classrooms to instructors that will be able to meet with students one-on-one in a large environment that’s safe, where they can get that six-foot distance, to get the help that they need.”
Access to all buildings on the Iowa Central campuses will be restricted when classes resume, and students will need their ID card or a special key fob to open doors. “We put a new locking system in so we’re going to be able to keep our buildings locked during the day for the safety of our students and just not have people randomly walking around,” Kinney says. “Any visitors coming on campus will have to go through a clearing checkpoint. They’ll get their temperatures taken, some questions asked, then they’ll get a sticker for authorization to go into the buildings.”

In-person classes dismissed at Iowa Central on March 13th and the plan is to reopen August 25th. Enrollment last fall was over 5,500 students at its campuses in Fort Dodge, Storm Lake and Webster City.