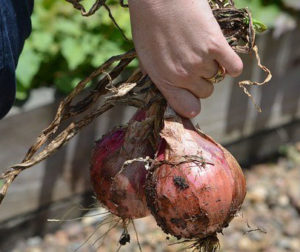 A report finds up to 10% of food grown in Iowa is left in the field because it’s not visually attractive or can’t be sold, while more than 300,000 Iowans can’t cover their basic food needs.

Those facts are prompting an effort to find volunteers to glean surplus vegetables from Iowa’s fields to donate to the hungry. Nicki Ross, executive director of the Table to Table Food Rescue, says nutritious food is vital, now more than ever.

“We need volunteer gleaners, folks who are willing to get out there and pick the food from the farm and prepare it to be delivered to people who need it,” Ross says. “We are also looking for farm partners. We know there are a lot of local farms, a lot of them are organic farms, who sell what they can and then leave the rest.”

That produce would otherwise go to waste. The Feeding Iowans Task Force also seeks AmeriCorps members and hunger relief organizations willing to be host sites to help in the effort to harvest food, fight hunger, and build community. Gleaning leftover produce is not an easy job, but it’s rewarding.

“If I know anything about Iowans, it’s that they’re hearty,” Ross says. “Getting out there and doing hot, maybe challenging work would appeal to some folks. Also, with so many things across the state canceled, people are looking for things to do with their time.”

Potential volunteers, she says, would -not- be spending eight hours a day, toiling in the summer sun.
“We will keep those gleaning operations to a few hours apiece with a few people at a time to make it as enjoyable of an experience as possible,” Ross says. “I think ultimately, folks know that they’re doing something that’s really valuable to their community and getting food to people who really need it.”

Blueberries are already ripe and ready to be picked, while Ross says there’s a cornucopia of other veggies that need to be harvested now or very soon. “There’s all kinds of crops like green onions, kale, lettuces, kohlrabi, and even broccoli is coming right up,” Ross says. “We’re watching this now and we expect in another month, we’re going to have even more things to glean from the fields, like tomatoes and zucchini and cucumbers, and of course, corn when it comes ripe.”