You are here: Home / Health / Medicine / Iowa improves to #5 in nation in study of child well-being 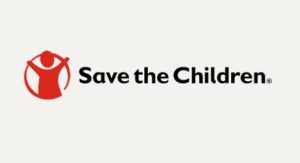 A new report ranks Iowa as one of the best states for children. The fourth-annual study released by the non-profit group Save the Children ranks Iowa fifth in the nation for child well-being.

“Children are faring better in states that spend more on their needs and have elected officials who serve in Congress and state houses prioritize child-focused legislation,” Shriver says.

The report found just nine percent of Iowa’s kids didn’t graduate on time. This improves the state’s rank from 2018 and makes Iowa first in the nation for high school graduation rates.

Nikki Gillette, a researcher with Save the Children, says this year’s report broke down data at the county level for the first time.

“We know or rather we suspected that state level data hide huge inequities,” Gillette says. “That’s why this year we did a county ranking.”

The report found Dallas, Warren, Grundy and Bremer counties were among the top 50 in the country for children. It ranked Lee County as the worst in the state.