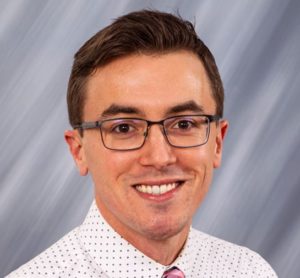 A professor of religious studies at the University of Northern Iowa has landed a $10,000 grant to create what will be called the Iowa Religious Literacy Project.

Professor Mike Graziano says the funds will help to organize a professional development seminar to guide Iowa public school teachers through navigating religion in curriculum and in the classroom.

“We’re not coming in and teaching them stuff that they don’t know already because our educators have a lot to do, a lot of things they’re responsible for,” Graziano says. “The idea instead is to basically act as a clearinghouse for questions and challenges they’re running into, whether that’s about how to approach religious diversity in the classroom, how to talk about religious diversity in the community.”

The initiative was launched in response to requests for guidance in recent years from K-through-12 educators after Iowa legislators started debating the introduction of a “Bible Literacy” elective in Iowa’s public schools. The legislation was never approved but it’s continued to be a point of discussion. Graziano says Iowa’s teachers need to be able to address the topic without crossing the church-versus-state border.

“You can offer classes on world religion, you can offer a class on world geography or world history in which you talk about the history or practices of these various traditions,” Graziano says, “and there’s nothing unconstitutional about that as long as you do it in the right way.”

Many teachers hesitate to teach religion, he says, because there might be complaints or they’re not sure how to approach it. The seminar is a first response to that. While Christianity and Islam are the world’s two largest religions, there are about 4,200 more religions in the world and it would be impossible to address all of them.

“Rather than approaching it from the perspective of trying to nail down a number of religions around the world,” Graziano says, “the challenge instead is to think about what students in Iowa need to know about to be successful leaders, not just in Iowa or in the U.S., but potentially as global citizens who might be conducting business or relationships or any number of things across the world when they grow up.”

The initiative will be kicked off this summer with a pilot program with the Waterloo Community School District, the first public school partner for the project. Graziano hopes the program can expand to be statewide, with the potential to become a national model.