You are here: Home / Crime / Courts / Change of venue sought in trial involving the death of Fort Dodge priest 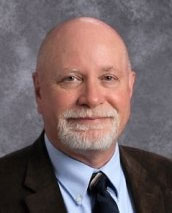 The attorney representing the man accused of killing a Fort Dodge pastor last fall is requesting a change of venue for the trial.

Thirty-six-year-old Joshua Pendleton of Fort Dodge is charged with first-degree murder in the killing of 64-year-old Allen Henderson on October 2, 2019, outside St. Paul Lutheran Church where Henderson served as pastor.

The defense argued in part that the court should grant a change of venue in the case because the degree of prejudice in Webster County creates a substantial likelihood that the defendant cannot obtain a fair and impartial trial. Court documents filed Monday show the prosecution does not resist the change of venue request and the parties have agreed upon Scott County as the venue.

A trial date has yet to be set.