You are here: Home / News / Casinos fined by state regulators for violations 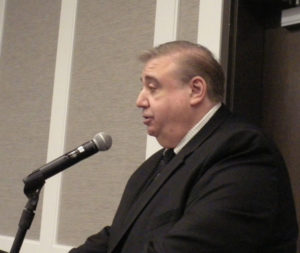 The Iowa Racing and Gaming Commission issued fines to five casinos for violations of regulations at their meeting Thursday.

The Hard Rock Casino in Sioux City was fined $20,000 for allowing a minor onto the gambling floor — where he gambled and also consumed alcohol. Hard Rock General Manager Doug Fisher spoke to the commission.

“Hard Rock Sioux City takes responsible gambling very seriously and deeply regret this incident,” Fisher says. “Our security team is well trained, and new security team members undergo a thorough three-week training program before being allowed on the gaming for by themselves.”

Fisher says the security guard who let the minor in was fully trained but failed to follow through. “Unfortunately when the minor approached the turnstile he made a motion to retrieve his wallet and the office just waved him through without checking his ID,” Fisher says. He says the officer was fired for not following their policies.

He says the casino has increased and improved its training. They are conducting quarterly retraining and all personnel must take an ID check and training every 90 days. Fisher says they have also installed a webcam that allows them to take a picture of a minor who is turned away and send that picture to all officers.

The Wild Rose Emmetsburg was fined $10,000 for allowing a person who had banned themselves from gambling to get into the casino. They also failed to download an update of the banned gamblers withing the required seven days. Steve Cody is the casino’s general manager. “There were some mistakes made, there were some procedures that weren’t followed and we apologized for them. I guess in this industry you’ve got a lot of people involved and there’s going to be a lot of mistakes that happen,” Cody says.

He says they have updated and improved their policies to prevent future problems. “I think that we have some good procedures in place now — and hopefully I am not up here again for a very long time,” according to Cody.

The Wild Rose in Jefferson was fined $5,000 for not downloading the banned list in the required time. General Manager Travis Dvorak explained the issue to the commission. He says it was a miscommunication between them and the vendor when they were changing their casino management system. Dvorak says they had the information in time but did not get it downloaded in time. He says they did do an audit during that period of time and there were no mailings sent out to anyone on the self-ban list.