You are here: Home / Crime / Courts / Davenport girl subject of Amber Alert, police say her life is in danger 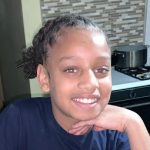 A statewide Amber Alert was issued early today for a Davenport girl who was reportedly abducted last Friday.

Davenport police say 10-year-old Breasia Terrell is still missing and is in danger. She’s black, four-foot-five and 75 pounds. The alert says she was last seen wearing an oversized white t-shirt, shorts and flip-flops.

The suspect, 47-year old Henry Dinkins of Davenport, is in custody on a separate charge for violating the state’s sex offender registry law.

Reports say the missing girl’s mother had a son with Dinkins and both children were visiting him together over the weekend. 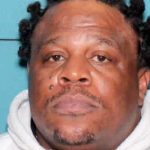 Dinkins was convicted of third-degree sexual abuse in 1990 is considered a “person of interest” in the girl’s disappearance.