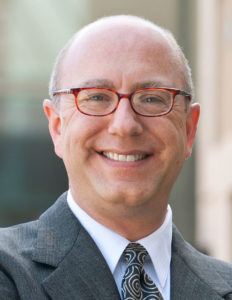 The executive director of the Cedar Rapids Museum of Art has been named to a board that oversees the collections of the U.S. Senate.

Sean Ulmer says he will be part of a larger team of 12. “Other people on the committee include architects, conservationists, gallerists, retired museum directors, curators, kind of a broad spectrum,” Ulmer says. “And I think that’s by design, they want differing viewpoints on the acquisition, on the care of the collection.”

Ulmer says there are also some odds and ends in the collection as well. The display of statues and other items in government buildings has come under scrutiny recently over concerns about their ties to racism. Ulmer hasn’t taken part in any board meetings yet — but expects that to be an issue.

” I imagine that that’s something that’s being discussed, certainly at the curator of the collections level, and will be a matter of conversation for the advisory board as well,” according to Ulmer. He says he looks at every item on an individual basis.
“Each piece has a story to tell. And sometimes that story is controversial and I think that one needs to take that into consideration,” Ulmer says. “There are good things that come out of controversies. Good, important conversations need to be happening — but also changes needs to be happening.”

Iowa Senator Chuck Grassley nominated Ulmer for the two-year term on the advisory board.