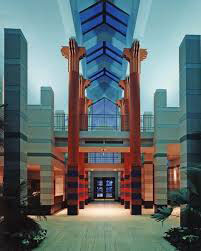 As a warm-weather treat, admission is free for all visitors to the Cedar Rapids Museum of Art throughout July and August.

Museum executive director Sean Ulmer says this marks the 11th straight summer all fees have been dropped in an effort to reach out to area residents — and to all Iowans.

“We could increase the diversity of people coming to the museum, people from all walks of life for whom the admission price might be an impediment,” Ulmer says. “By relieving people of the need to pay admission, we would be able to welcome into the museum a greater cross-section of our community.”

In summers past, free admission has brought a healthy boost in the number of people visiting the art museum, peaking around nine-thousand during each two-month run. Due to the pandemic, Ulmer says their numbers have been down this summer.

“We do offer a very safe environment here,” Ulmer says. “Face masks are required so everyone in the place has face masks on. We have sneeze guards at the front desk. We have tons of hand sanitizer. And with our enormous galleries, we’ve got 16 galleries, it’s a wonderful place to be socially distant.”

There are eight major exhibitions on display, including the facility’s landmark exhibition, “Across the Atlantic: American Impressionism through the French Lens.” The exhibit was to run February 1st through April 20th, but coronavirus forced the museum to close in mid-March — so the exhibit was extended through the end of August.

The other exhibitions now on display include: “Art In Roman Life” and “Grant Wood: From Farm Boy to American Icon.”