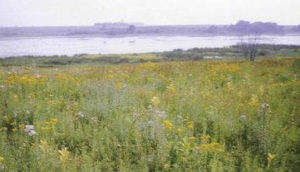 A species of birds with a loud, trumpeting call have chosen to nest in the Union Slough National Wildlife Refuge near Bancroft.

“Last year, we had sandhill cranes nest on the refuge for the first time in over 100 years, so that was pretty exciting, and it was even more exciting that they were back again this year in the same location. They have two young or colts, as they’re called,” says Erich Gilbert, assistant manager of the refuge.

The refuge opened for driving tours yesterday, July 15th and will close to vehicles on September 20th. Gilbert says the sandhill cranes are nesting near a bridge and the best time to see them is before 9 o’clock in the morning.

The dry summer in the Algona area has actually made the habitat for all migrating birds more attractive, according to Gilbert.

“We’re just now starting to get our water down to where we would like. As you move more into August, we expect the water to get shallower and more birds to come in,” Gilbert says. “Most migratory birds — we’re a migratory bird refuge — and most of them prefer water anywhere from just a mud flat all the way to a foot-and-a-half to two feet of water.”

Gilbert suggests visitors bring a bird book and binoculars. He says you may be able to spot some badgers and coyotes that way. In addition, river otters that began disappearing from the state in 1929 were reintroduced in 2015 and there have been some river otter sightings at the refuge.