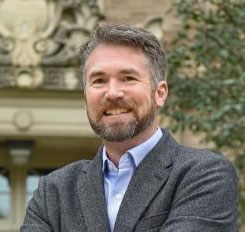 Thousands of Iowans in 70 rural communities will be contacted by mail soon as part of a survey about how COVID-19 has affected their lives.

The survey will be conducted by researchers at Iowa State University and the University of Iowa. David Peters, an ISU sociology professor, says there’s been much focus on the big metro areas, but very little discussion about Iowa’s plentiful rural communities.

“Beyond the packing towns, what’s been the impact in small-town America?” Peters asks. “How has isolation, job losses and the economic impacts of the pandemic, coupled with a long-term decline in the farm economy the last three, four, five years, how is that really impacting rural America?”

The surveys should be mailed out within the next few weeks and Peters anticipates the data will be coming back in by early September. “Our survey is meant to really quantify the impact in small towns,” Peters says, “and then communicate the needs, the challenges facing small towns, communicate that to state and national policymakers, so when they develop new programs, that they’re targeted better towards rural communities.” Peters says the National Science Foundation donated $200,000 to both schools to conduct the survey of 12,000 people.

“What’s really been the job losses, what’s been the emotional impact, and with school starting up, challenges with health care and other things that might be closed down,” Peters says. “We’re also interested in how people social distance — or not — in the communities, but really just to try and get a handle on what they see as the biggest challenges facing them from the pandemic.”