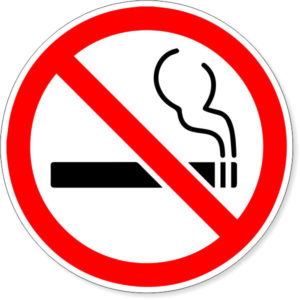 The four Native American-owned casinos in Iowa are temporarily smoke-free.

The WinnaVegas Casino Resort in Sloan has had the no-smoking policy in place since reopening in mid-June with restrictions, which include requiring face masks for all employees and customers. Casino marketing director Michael Michaud says those rules will be in place indefinitely due to the COVID-19 pandemic.

“We don’t have a crystal ball and we can’t tell you what the future holds,” Michaud says. “What we do see is the increase in the amount of testing and the positive cases around the country.” He says they want to make sure they’re taking care of guests and employees. With masks required, Michaud says staff felt it would be “insufficient” if they still allowed people to smoke. People can still smoke outside of the property.

Larry Wright Junior is chairman of the Ponca Tribe of Nebraska which owns the Prairie Flower Casino in Carter Lake. Wright says temporarily banning indoor smoking was one of the policies staff put in place to ensure peoples’ health and safety. Plus, he says they wanted all visitors and staff to wear masks.

Wright says, “As we looked at it, it would be very difficult to enforce a 100-percent mask requirement when you have people in the casino smoking.”

The American Lung Association in Iowa is applauding the four casinos and encourages them to permanently adopt a smoke-free policy. Kristina Hamilton, the association’s advocacy director, says it’s a win-win. Hamilton says, “These types of policies protect employees and customers from harmful second-hand smoke so we know the long-term benefits are there for these types of policies.”

Iowa’s Smokefree Air Act passed in 2008 and she says it protects more than three-million Iowans from second-hand smoke. Unfortunately, Hamilton says, the 19 commercial casinos in Iowa are exempt from the law so their workers and customers are without protection from those dangerous chemicals.

Casino owners have long claimed they’d lose business if they banned smoking, but Hamilton says the opposite may be true.
“We really haven’t seen a decline in business in states that do have smoke-free casino policies,” Hamilton says. “For bars and restaurants as well, owners were afraid that people would go to bars and restaurants less because they’re smoke-free and that isn’t the case.”

The Blackbird Bend Casino in Onawa and the Meskwaki Bingo Casino in Tama are also now smoke-free.

(Katie Peikes at Iowa Public Radio contributed to this story.)