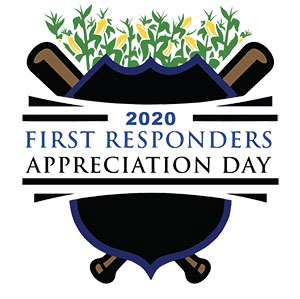 The Field of Dreams movie site in Dyersville will host an unusual baseball game this weekend, pitting officers from the police departments in Chicago and New York City against one another.

The field’s operations manager Roman Weinberg says Saturday’s match is part of First Responders Appreciation Day.
“With everything that’s going on this year, we feel that more than ever we need to tip our cap and show our appreciation and gratitude to our first responders,” Weinberg says. “The definition of ‘first responder’ is broadening it seems on a daily basis for all of those that are contributing in some way and keeping us all safe here.”

The day will be filled with events, including a silent auction with Field of Dreams and sports memorabilia, kids’ activities, and the baseball game at 4 P.M., followed by live music. During the afternoon, there will be three baseball-related skills events.
“We’re going to have 20 people competing in each contest,” Weinberg says. “A Precision Pitch contest so you can test our your arm on the Field of Dreams, we have essentially a skee-ball board, A Dizzy Bat Race and a Home Run Derby.” 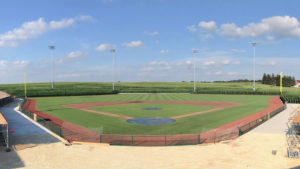 The grand prize offers a rare treat for some lucky fan of the 1989 film.  “The winner of each competition will advance to the final which is a Field of Dreams trivia challenge,” Weinberg says. “That winner will receive a special overnight stay at the Field of Dreams to live like the Kinsellas for a night.”

The event is a fundraiser for the Dubuque County Emergency Responder Training Facility, the Chicago Police Memorial Foundation and the New York Police Widows and Children Fund.

The New York and Chicago police departments are facing off this weekend as this summer’s Major League game was originally to be between the New York Yankees and the Chicago White Sox. The lineup for the August 13th game has since been changed to the Sox versus the St. Louis Cardinals.