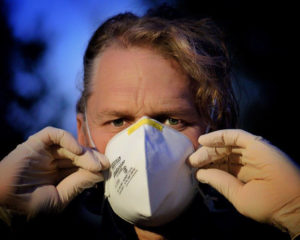 The Johnson County Board of Supervisors is poised to approve their own local mask mandate after the mayor of Iowa City issued a proclamation Monday on the issue.

The supervisors were unanimous in supporting a face covering order during discussion Wednesday. That’s despite the county attorney’s opinion that such a mandate may not be enforceable, and could draw lawsuits.

Supervisor Janelle Rettig says the spread of the virus warrants action.  “If someone wants to sue us then let the governor do that. And then let’s fight it out,” Rettig says, “But this is a public health pandemic. Iowans are dying and we should show leadership and stop mincing words.”

The board is working with the county health department to finalize the language, in the hopes of taking up the issue at a formal meeting today (Thursday).