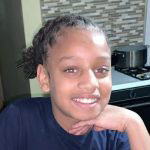 Multiple teams of FBI agents are in eastern Iowa to aid in the search for a Davenport girl who’s been missing nearly two weeks.

Ten-year-old Breasia Terrell was reported missing July 10th and extensive searches in the Quad Cities and Clinton County have turned up little. FBI Special Agent in Charge Kristi Johnson says the bureau has assembled agents in Davenport from Waterloo, Des Moines, Omaha and Lincoln, and well as from Washington D.C. and elsewhere.

“The assistance has included interviews, searches, our Evidence Response Team has been present,” Johnson says. “We also have had a team that is called the Child Abduction Rapid Deployment Team. That team is made up of about 12 special agents who are trained and have experience and knowledge in working these investigations.” Johnson says there’s also a team in Davenport that focuses on cellular analysis and surveillance that combs through phone records and works on location information. 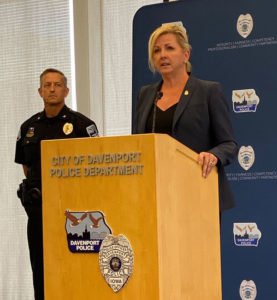 “Because of the nature of our work, you may not have seen the FBI out and about in this investigation as you may have seen uniformed police officers, but we certainly have been here along the way,” Johnson says, “and we will continue to be here and ensure that we are using all of the investigative tools and analytical methods available to us.”

The FBI has added $6,500 to the existing Crimestoppers reward in the case, taking the new total to $10,000 for information that leads to the missing girl. “Our number-one goal is to find the person that is responsible for the disappearance of Breasia and bring that person to justice,” Johnson says. “We are also obviously working very hard to make sure the family is supported and that we do everything we can to bring this case to a successful conclusion.”

The girl was last seen heading to spend the night with her younger half-brother and his father, 47-year-old Henry Dinkins. A convicted sex offender, Dinkins is being held in the Scott County Jail on unrelated charges. Police say Dinkins is a person of interest in the missing girl’s case.