You are here: Home / Fires/Accidents/Disasters / Apartment fire claims a life in Fort Dodge 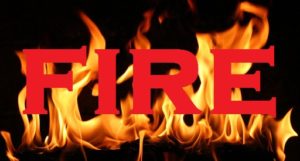 One person was killed when an apartment caught fire in Fort Dodge on Sunday afternoon.

When they arrived smoke was coming from an apartment.

A resident of the building had called 911 after smelling smoke and activated the smoke alarm.

Fire fighters discovered an adult female unresponsive in the apartment.

She died of her injuries with the body taken to the State Medical Examiner’s Office in Ankeny.

The name of the victim has not been released.