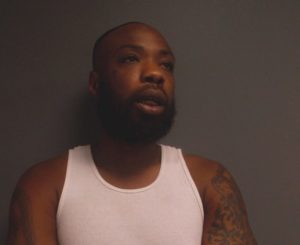 A man wanted in the murder of a woman in Norfolk, Nebraska, was arrested in Sioux City over the weekend.

Chief Miller says the suspect was already facing charges for alleged acts of violence against Christiansen earlier this month.

“The victim and the suspect had a previous relationship and we arrested Deshawn on, I believe, it was the 12th, for domestic assault and he bonded out at that time,” Miller says. “I don’t know what the bond conditions were but yes, he would’ve been out on bond for a previous assault.”

Acting on a tip, Sioux City police and U.S. Marshals arrested Gleaton at a Morningside apartment on Saturday morning. He was returned to the Madison County (Nebraska) Jail where he is being held on $5-million bond.

“An additional part of this investigation was, we had an address where we were doing some follow-up as part of our trying to identify the location of the suspect,” Miller says. “While one of our detectives was there, two Norfork citizens went to the house, looking for the suspect, armed with a handgun.”

There was a confrontation and both men were arrested on charges of terroristic threats. They’re identified as 27-year-old Luke Drozad and 32-year-old Marcus Gubbels, both of Norfolk. They’re also now in the Madison County Jail.