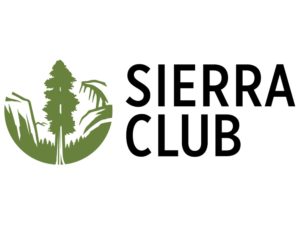 The Iowa chapter of the Sierra Club is calling for a climate adaptation plan and other policies to overhaul the state’s agricultural economy.

The group calls for changes to make farming more environmentally sustainable while still being profitable.

“How do you sustain farm incomes in the future?” Mackey-Taylor says. “What kinds of things do we need to do to adapt? and how do we make sure that agriculture remains a part of our economy for the future?”

Mackey-Taylor says the state could invest economic development dollars in small meat processors and in creating new markets so farmers can expand beyond the standard two-crop rotation.

The chapter is also backing the national organization in distancing itself from founder John Muir. In recent weeks, Muir’s ties to eugenics and white supremacy have prompted the nation’s oldest environmental organization to call for a reckoning with its founders and past attitudes.

She says many people and groups are reconsidering their actions and language around race.

Mackey-Taylor says, “It makes sense for Sierra Club to do that close look and to mend the hurts and the harms that we’ve done and to move forward after that.”

Across the country, the environmental movement is confronting its lack of diversity as some of the few activists and staffers who are not white have quit or called for organizational overhauls.

The Planned Parenthood affiliate that includes Iowa issued a statement last week denouncing what it called the “problematic positions” of the organization’s founder. The group said Margaret Sanger’s advocacy of racist ideas was wrong and repugnant.