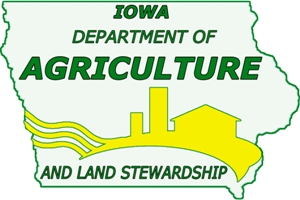 Officials are asking Iowans who’ve gotten a mysterious package from overseas to call the Iowa Department of Agriculture. The packages are coming from China and other countries and often indicate the contents are jewelry, but small packets of seeds are inside.

“There are no labels, so we don’t know what the seed is,” Robin Pruisner, the seed control official at the Iowa Department of Agriculture, told Radio Iowa “…We don’t know if they have any potential to transmit any seed-borne diseases and, in some cases, it appears they’ve been treated with a pesticide. But again, it’s unlabeled and so treated with exactly what?”

Pruisner and plant health officials in other states are waiting for USDA guidance on how to properly dispose of these seeds.

“Do not plant them. Don’t open them. Just kind of hang onto them, but do give us a call and let us know you have them so we can put you on our list,” Pruisner said, “and then once we have direction from USDA, we can make contact and pick up those seeds.”

The goal is to ensure some plant disease, unwanted genetic trait or noxious weed doesn’t get introduced in the United States. Pruisner said she’s hearing from a lot of home gardeners as well as people who have never ordered seeds before who’ve gotten these packets. Investigators suspect this could be something called a “brushing” scheme.

“You have people who will gather just enough personal identification on you to develop an account for you on a website and then they will send something to you,” Pruisner said. “…With that fake account, they’ve got you down as a verified buyer.”

The scammers then use your name on positive reviews posted online to tout the sale of other products.